2018 is here and it’s time to look at the current developer hiring landscape. The tech recruitment industry is constantly changing and to help HR professionals keep up, each year industry leaders release reports packed full of HR statistics. These can serve as a benchmark and hopefully turn make tech hiring data-driven discipline across companies worldwide. 2. 73% of respondents rated Digital HR as an important/very important trend. 3. 56% of businesses are in the process of “redesigning their HR programs to leverage digital and mobile tools.” (Source: Deloitte University Press)

90% of recruiters say today’s labor market is candidate-driven, up from 86% last year 8. “Employment of software developers is projected to grow 24 percent from 2016 to 2026, much faster than the average for all occupations.“ The challenges of modern recruitment 11. Being unable to find suitable candidates (63%) and the candidates not responding to calls or emails (47%) are the primary barriers to hiring according to recruiters. For 80% employers, receiving “too many unqualified, junk resumes from job boards” is the number one obstacle to hiring, followed with “difficulty finding passive talent” in the second place (65%). 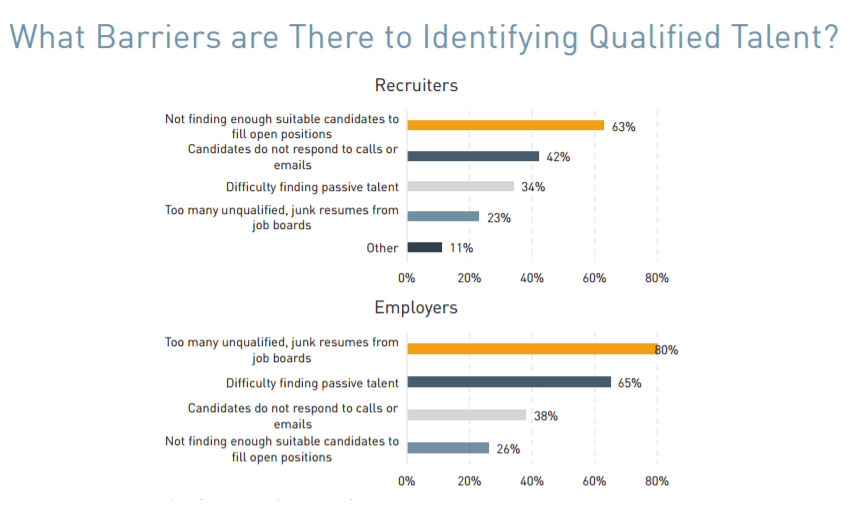 12. 59% of small businesses report hiring or attempting to hire. However, 54% of them report they found few or no candidates for the positions, setting a record high. (Source: NFIB)

13. 19% of small business owners “cited the difficulty of finding qualified workers as their Single Most Important Business Problem (…), second only to taxes”. (Source: NFIB)

14. In December 2017, 54% of small business owners reported few or no qualified applicants for the open positions they were offering. When considering those trying to hire only, this number rises to a staggering 92%. Majority of programmers (62.1%) are open to new opportunities without actively looking for them

17. Referrals from friends, family, and former colleagues are the top source of job discovery for software developers (26.8%). 73.7% of developers report a satisfaction level from 7 to 10 20. “Glassdoor users report that they use an average of 7.6 job sites during their job search (median is 4).” (Source: Glassdoor)

The average length of the job interview process in the United States is 23.8 days

Klik for at tweete
(Kilde: Glassdoor) 23. Software Development Engineer ranks sixth on Glassdoor’s list of 25 jobs with the longest interview processes in the United States with 40.8 days on average. The average number of interviews before making an offer is three 25. A total of four interviews is enough to make a reliable hiring decision. The optimal interview difficulty is four out of five 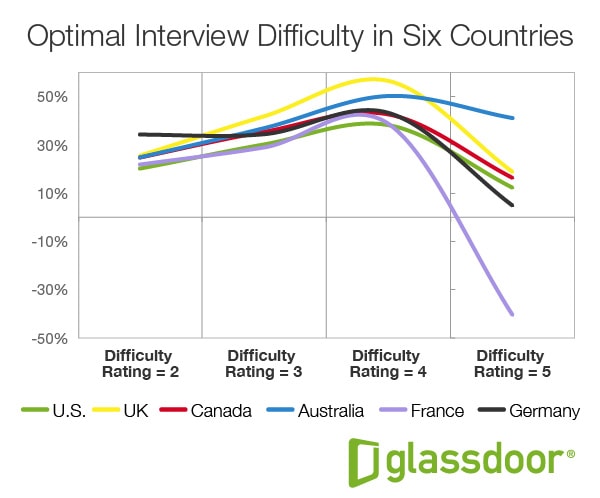 30. 84% of individuals looking for a job report that salary negotiations resulted in higher pay (84%). (Source: Jobvite)

Klik for at tweete
. (Kilde: Jobvite)

32. 17% of recruiters decided not to offer the job to the candidate due to them negotiating pay. (Source: Jobvite)

37. The average employee tenure is 8 years (no change in comparison to the previous year). (Source:  SHRM)

The average time spent in jobs in the Information Technology sector is 16.8 months 73.1% of employees leave their employer when changing roles 44. “Of all the internal mobility within an organization (promotions and transfers), 70% of the movement was due to promotions.” (Source: SHRM)

45. According to recruiters, top three causes of new job openings are:

– Vacancies from resignations or terminations: 63%,

46. “49% of Tech / IT recruiters feel positively toward automation/AI in their own jobs and 46% toward the overall workforce”. 49. 54% of recruiters would like to automate interview scheduling and 52% of them are eager to automate background checking. 50. The interview process tops the list of tasks recruiters would least like to see automated (54%) and is followed by phone screenings (51%) and salary negotiations (47%).  (Source: Jobvite)

51. Recruiters believe some skills cannot be fully replaced by AI. These include leadership/management (79%), offering negotiation (59%), and creative writing (47%). 53. Over 90% of developers report they are at least partially self-taught. 55. 85% of employees/job seekers believe their employer should “support them in balancing their life between work and personal commitments”. (Source: Glassdoor)

56. “Every dollar invested in wellness programs returned the original dollar plus $2.38.” (Source: American Journal of Health Promotion via Glassdoor)

57. Over the last three years, recruiters became more relaxed about candidate selfies on social media. Only 7% of recruiters view selfies negatively right now, down from 25% in 2015. Klik for at tweete
. (Source: Jobvite)

59. 72% of recruiters think candidates lie about their job experience and 63% believe they lie about previous salaries. (Source: Jobvite)

60. 56% of recruiters say that candidates lie about their technical skills. 61. 91% of companies believe talent engagement is a priority. (Source: Beamery)

62. “Treating employees well” tops the list of attributes important in building trust in a company. (72% for those who have lost faith in the system and 62% for the general population). 63. Employees are seen as the most trusted spokesperson to communicate each topic (30%-53% depending on the subject). 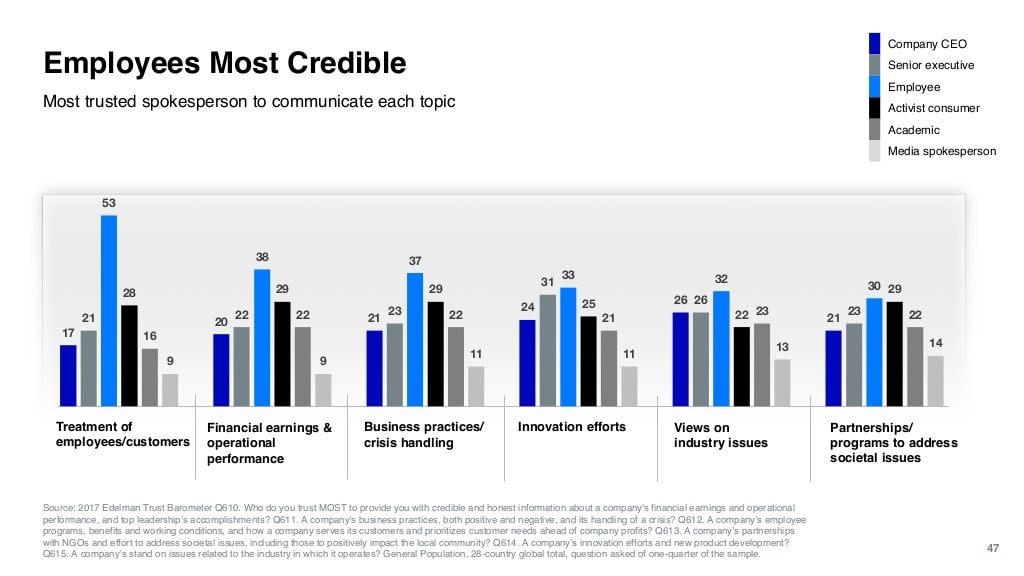 64. 57% of recruiters state that “implicit bias is a real problem within the American workforce”. (Source: Jobvite)

65. 61% of recruiters think men get paid more than women do for the same quantity and quality of work. (Source: Jobvite)

66. Despite all the talk of diversity, only 13% of recruiters ranked increasing diversity in their organization as top three priority for the next year. (Source: Jobvite) 68. Majority of recruiters don’t have specific goals in place when it comes to gender diversity (52%) and ethnic diversity (51%). (Source: Jobvite)

These HR statistics clearly demonstrate that although organizations worldwide perceive certain trends as important, in many cases they aren’t ready to take action. A disappointing 39% of organizations rate their HR capabilities as “good” or “excellent”, so there’s definitely work to be done this year.

Companies struggle to fill open positions and the inability to find qualified candidates remains a problem in 2018. This suggests the war for tech talent won’t cease in years to come. If you want to identify, attract, and retain top tech talent this year, use these statistics to steer you in the right direction.