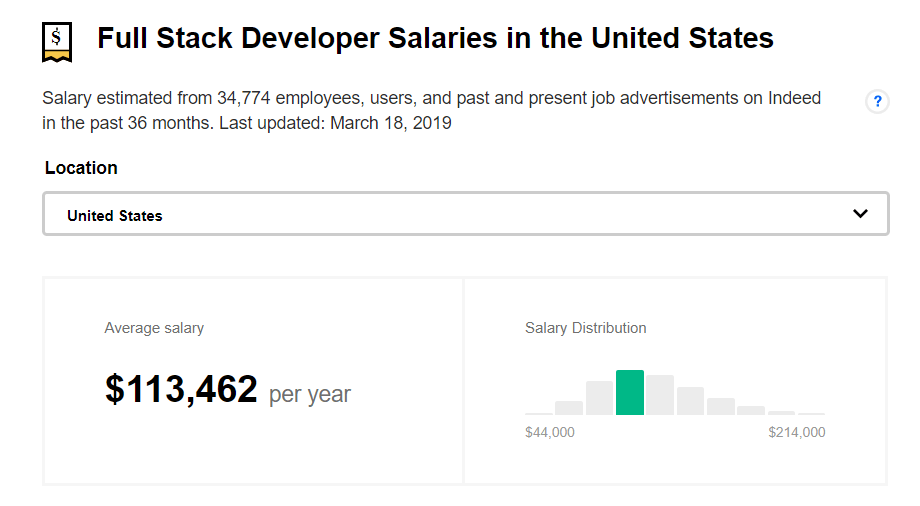 I henhold til ZipRecruiter, the annual full-stack software developer average salary ranges from $36,000 to $151,500. The majority currently ranges between $80,000 and $116,500 across the United States. As you can see, the average pay range for this position varies significantly, which suggests that there are many opportunities for increased pay or advancement, regardless of location. I henhold til Ja,, the average full stack developer salary in Los Angeles equals $123,217 (at the time of the publication).

Ja, reports that a full stack developer salary in NYC is on average $120,270.

Image source: Icons made by Freepik fra www.flaticon.com is licensed by CC 3.0 BY