If you want to succeed in technical hiring, you need to keep up with the state of the technical hiring industry.  Which includes keeping up with any changes in the industry and learning how these might affect future hiring trends.

How has the technical hiring industry changed since the pandemic?

Since the COVID-19 outbreak of 2020, We have seen an unrivalled change in almost every aspect of business and everyday life. But how has this affected technical hiring?

In late 2020, the editor of Linkedin News, Jake Perez, claimed that many of New York City’s office blocks were sitting empty. Debate still rages over whether or not big businesses even need to renew leases on these expensive real-estate spaces anymore. Remote work has become commonplace for many companies – and it’s one of the biggest areas of change in technical recruitment.

First things first, tech jobs are still number one when it comes to demand around the world. According to Talent Point, “Out of the top 15 fastest-growing job titles, more than two-thirds are explicitly tech-focused.” That being said, the tech industry has still been adversely affected.

During the pandemic, technical hires began to fall for the first time in years. As Julia Pollak, a labor economist at Zip Recruiter mettere:

“Tech is actually the industry with one of the largest declines in job postings and that’s perhaps surprising because, with so many in-person brick-and-mortar types of industries on pause, one would think the internet would be taking over.”

Pollak’s comments are contradictory to a Microsoft report published in 2021. In the report, Fiona Carney, Chief Marketing & Operations Officer for Microsoft Asia Pacific, stated that the growth of tech hires will increase from, “41 million in 2020 to 190 million in 2025.”

So why all the contrasting information and which source is correct? Well, the answer might actually be that both are correct.

It seems the pandemic caused an initial change to technical hiring statistics that hadn’t been previously seen. Whereas, before the pandemic, there was so much demand for developers, that many could afford to look for better opportunities. Now, post-pandemic, those same developers have been scared into thinking more cautiously about their futures. They are looking to stick to what they already have, for job security, at least for the time being anyway.

However, if Microsoft’s report is to be believed, the pandemic won’t keep technical hiring stagnant for too long.

Despite the upheaval caused by the pandemic and the subsequent changes to working environments around the world, the tech industry is still outpacing the rest. Not only that, but tech hiring will likely only increase as more and more employment sectors make the move to digitalize.

In other words, whether you’re in finance, retail or education, whatever your business, if you want to move your processes online, then you’ll likely need to hire a tech expert in the coming future.

So does that mean all sectors of the technical hiring industry will soon all booming again? Well, no, not exactly.

Challenges for recruiters in the technical hiring industry

The solution is to develop succinct interview techniques and an overall improved esperienza del candidato, that is fast and effective. One that doesn’t waste the valuable time of the candidate. The best developers know their worth, and they won’t wait around.

Implementing a developer screening tool is an obvious way to speed up your interview process. But aside from this, simple fixes like a free online tech recruitment course will help recruiters to be able to fine-tune their current processes further.

Remote hiring in the tech industry 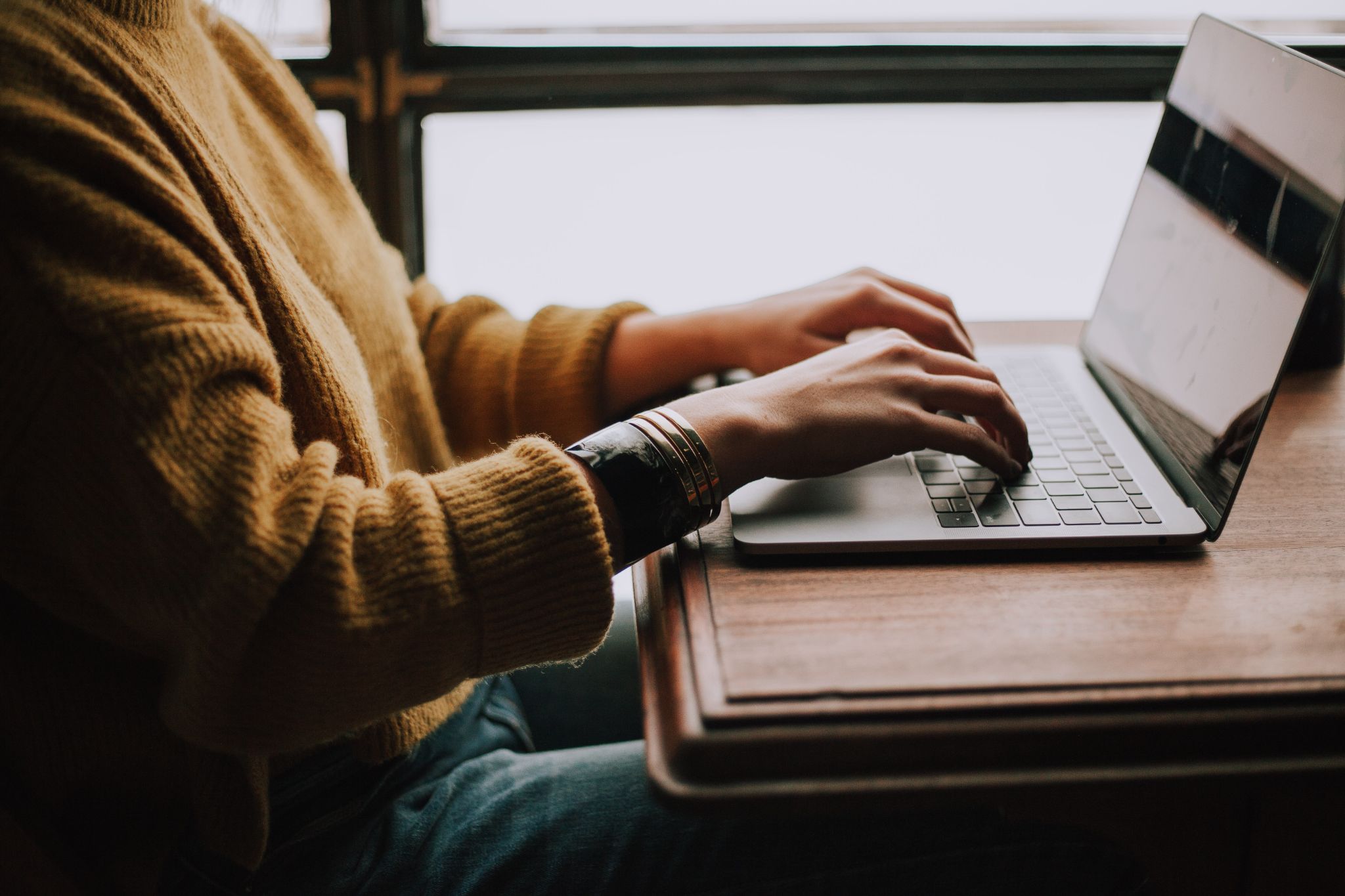 The pandemic may be coming to an end, but that doesn’t mean that things will return to how they were. Many developers in particular, are easily able to work comfortably from home. Meaning the tech industry is more equipped than most to be able to function remotely on a permanent basis. In one respect it means developers can now fill positions, miles away from where they live. Across cities, states and even countries. However, this new freedom brings with it, its own set of challenges.

One challenge facing, not only the tech hiring world but businesses in general, is the question of salaries when it comes to working remotely full-time. As more companies switch to being partially or entirely online, the question of pay will start to rage more than ever. Namely, should you get the same salary if you live in an entirely different place from your colleagues?

Imagine you’re a senior developer working in San Francisco’s Silicon Valley. Your salary is likely to be high because of the competitive business nature of the area, but also because of the sky-high price of living in San Francisco. Now imagine, due to the pandemic, that your tech company has moved online and someone in Kansas City, or Delaware, where competition and prices aren’t as high, has begun working remotely at your company doing the same role as you. Should they get paid as much as you? After all, they’ll be paying less in rent and cost of living than you will over in California. It’s an almost ethical question that faces the tech industry and many big tech companies have responded to it in different ways.

When it comes to technical hiring, some companies have started to offer location-dependent salaries to their new hires. According to CNBC, Tech giant Facebook is among the companies who have said they will start to, “adjust salary to your location.” This of course will have a knock-on effect for developers around the world.

Before the pandemic, tech giants aiming to hire new engineers looked to London, San Francisco, and New York. Developers hoping to land the top tech jobs flocked to those same world-renowned tech hubs. But now things have changed. With remote work, a developer can be just as likely to get hired from their home in Wisconsin as they are in Silicon Valley. Meaning that different types of people and different cultures will now be mixing more than ever, albeit virtually, at the hypothetical tables of the world’s top tech companies.

Perhaps this will cause friction? Or more likely, perhaps it will need new innovation not yet conceived? Only time will tell.

“When you limit hiring to people who either live in a small number of big cities or are willing to move there, that cuts out a lot of people who live in different communities, different backgrounds or may have different perspectives.”

So how do candidates adapt to this changing technical environment and what new challenges do they face?

Now more than ever, tech candidates need to be proficient in their skillsets to land a role. Not only this, but existing developers already in roles, will have to look at improving their skills, as technology advances around them. The industry moves so quickly, that a developer who isn’t learning new skills, will get left behind in only a few years.

Come 4 corner resources described in late 2020, “existing employees may require up to ten new skills to do their jobs effectively by 2021. As a result, more employers are turning to upskilling to fill the gap,“ – and that was already a year ago.

Learning new skills will be paramount to the success of future developers. Worryingly, many tech businesses are hopelessly ill-prepared when it comes to training their engineers to possess the new skills necessary to push their companies forwards. DevSkiller has attempted to address this crisis by implementing TalentBoost, a developer training platform to close skills gaps within companies.

However, there are many things developer candidates themselves can do to, not only secure new positions but also continually adapt to thrive in their current tech roles.

Versatility can be a real asset to a developer’s future. For instance, full-stack developers are often in high demand because they can work on the back and front end of a program.

The same can be said for Dev-Ops experts who specialize in both development and operations, and who find themselves highly sought after. Many of whom were once regular software engineers who upskilled to fill a gap in the industry. For engineers, a way to survive in the changing world of tech hiring might simply be to push themselves to develop in areas of weakness, making it difficult to be overlooked.

As technology advances, more and more hiring will be assisted by intelligenza artificiale. According to BambooHR, “ The AI market is predicted to grow to 190 billion dollars by 2025.”

An increasing amount of roles will be replaced entirely by machines, but more will also be supported and enhanced by those same machines.

Technical recruiters can now rely less on CVs and past experience.  What will matter going forward is the skills a developer, either does or does not possess.

Artificial intelligence will, and already is, helping to narrow down the talent pool. There can be no more ‘talking the talk’. For developers, this means being able to practically demonstrate what they can do, quickly and within an interview environment.

As we have seen, the tech hiring industry will continue to grow. And as it does, more roles will be created, and companies will need to work out the best way to fill those roles. Artificial intelligence and automated screening are expected to become commonplace. Not only in developer assessment but in many job sectors. It is up to the companies of tomorrow to make sure their hiring processes are as efficient as possible. To improve their candidate experience and to make sure they have implemented the necessary tools to help them in their search for the right candidates.

Furthermore, it is up to the candidates themselves to make sure they have what is required for the role. Developers should be pushing themselves to always be improving and learning new skills. Upskilling and being able to keep up as technology advances, is going to be key to the success of many developers going forward.