Klik om te twitteren
Only 24.8% of software engineers are not at all interested in new job opportunities.

Klik om te twitteren
25% of them don’t devote any time to that activity. 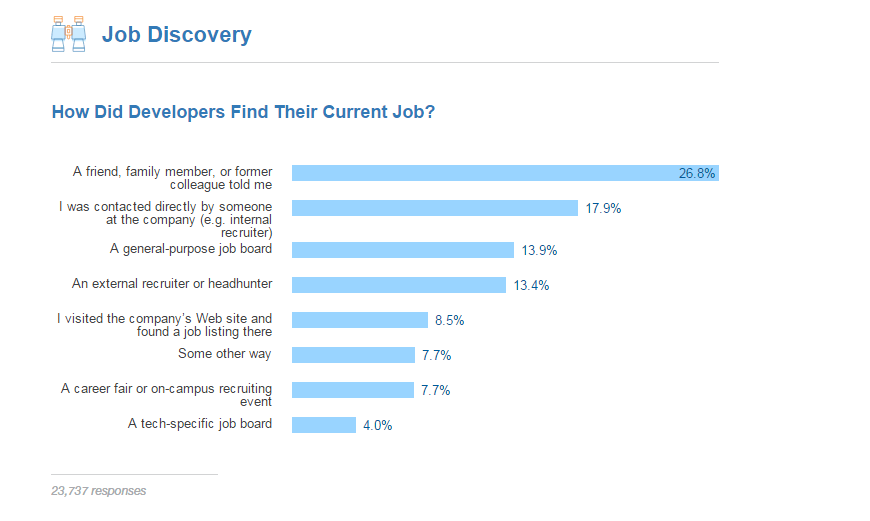 The cost of hiring a software developer with in-house recruiters reaches $22,562 and $31, 970 for agency recruiters. With productivity loss and constructor cover these costs may exceed $60,000 – see the maths behind the calculation in deze post. Based on feedback gathered from developers, communication skills, reputation for getting-things-doneen knowledge of algorithms and data structures along with experience with specific toolsshould be most important in the recruitment process. The surveyed group claimed educational credentials, previous job titles and Stack Overflow reputation score were less significant in the process of hiring a great developer. Klik om te twitteren
with 45.4% of them completing online courses and 41.2% listing on-the-job training as their education background. Klik om te twitteren
By 2025, this number is expected to grow to 25 million. India is projected to have the biggest population of software engineers by 2021.