Å andra sidan, PayScale reports a significantly different number – $59,132 per year. It’s probably because this is the median salary, not an average one. Enligt Glassdoor, though, the average junior web developer salary in the US is $65,133 per year. 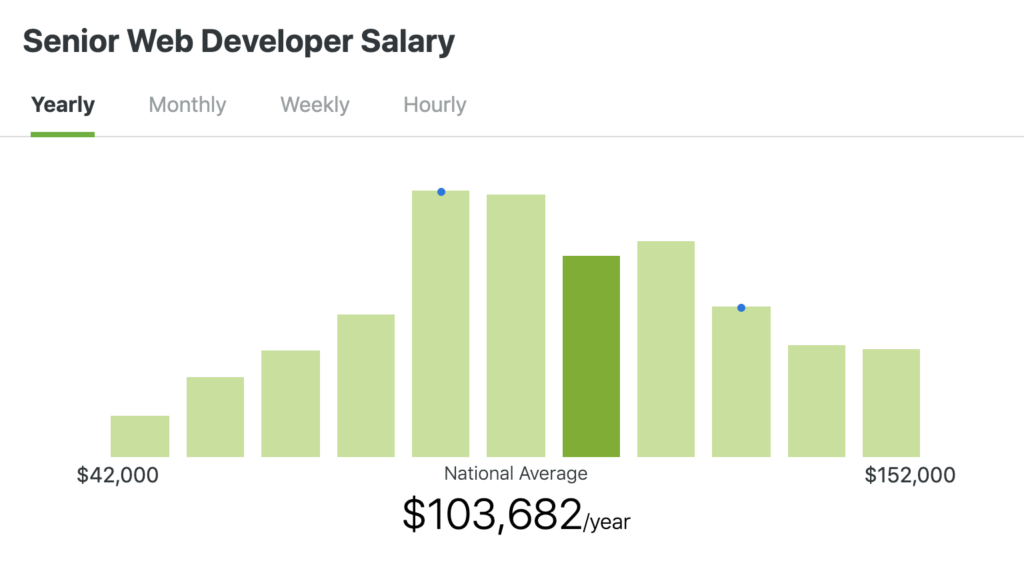 Enligt PayScale, the most popular skills among web developers are mostly associated with front-end development.