It goes without saying that a developer skills test is only useful if you know the right person took the test. In the vast majority of cases, this is not an issue. But we still employ a code plagiarism checker on our system. Why is that?

Why you need a code plagiarism checker

Plagiarism is a big problem in society. According to Academic Paradigms, LLC, The Center for Academic Integrity found that almost 80% of college students admit to cheating at least once.  And if you think that this is simply a case of all those underwater basket weaving students handing in cheap baskets from the Walmart as their end of term project, you would be sorely mistaken.

Stanford, the breeding ground of the founders of some of the largest tech companies like Google and Netflix and a regular pipeline for computer science graduates going into Silicon Valley, has had its fair share. According to the New York Times, a 2015 computer science class had 20% of its students flagged for possible cheating.

And Stanford isn’t the only elite institution which has had plagiarism problems with their computer scientists. The same story cites reports of rampant cheating in Computer Sciences at Purdue, Harvard, and Yale. I know this may seem like an abstract issue to you. You are after all out of University and the work you do is very serious. But these issues in academia suggest a much a wider problem.

A study published In the journal Ethics and Behaviour found that students who plagiarize in college reported they viewed themselves as more likely to break rules in the workplace. In other words, the rampant cheating in academia had had a direct impact on industry. Plagiarism is therefore not purely an academic problem but a symptom of a wider problem that society needs to prepare for.

At DevSkiller, we understand that a coding test is only usable if you can be sure that the candidate who takes it will be the same candidate who arrives at the interview. A major benefit of our platform is that it can be taken anywhere but this means that we need to include robust code plagiarism checkers to maintain the integrity of our system.

We take security features very seriously at DevSkiller. Our four different plagiarism detectors make sure that the integrity of our tests isn’t breached. We take a multi-pronged approach as follows:

Confirm your candidate’s identity with a photo

One of the best ways to guarantee the integrity of your hiring process is to be able to see the person who takes the test. We wanted to make sure our customers could do this but it was important to tread carefully.

We pride ourselves on helping our customers give an amazing candidate experience. To keep candidates in your recruitment funnel, we found it is important to strike a balance between the privacy concerns of the candidate and the need to verify their identity. After extensive feedback from test candidates, we decided against filming the entire session. This would be too intrusive for the candidate.

Instead, we found that asking the candidate to take a photo of themselves while taking the test would give us the confirmation we needed. At the same time, it didn’t create any unnecessary privacy concerns. With any of DevSkiller’s tests, you can ask for a photo at any point. It can be at the start, end, or even an arbitrary point in the middle. The candidate can easily take a selfie with their webcam. This verifies that the same person who takes a test is the one who comes in for the interview.

Our IP address tracker guarantees that the test isn’t outsourced

One of the best features of DevSkiller, the feature that probably most contributes to the candidate experience that we offer is the fact that you can take a DevSkiller test at any time from anywhere in the world. The great thing about this is that the candidate can take the test at a time which suits them best and they don’t need to make a bothersome or expensive trip to your offices.

But not taking the test in front of you could open the door to abuse so it’s important to know where your candidate takes the test. To help you pinpoint their location, we’ve included an IP address tracker to show you exactly where the test is taken. This is an easily verifiable piece of information that you can check with your candidate. For instance, if you have a candidate from Albany Who takes the test in Auckland, you should probably ask them about their trip to New Zealand.

“I was sold on it by the posters”

No candidate has seen the task before the test starts

Ask any developer and they’ll tell you that they don’t code in a bubble. The most effective ones, the ones that you actually want to employ, are constantly using outside resources and researching different solutions to help them solve the problems that they face. You should not be surprised if your team is regularly looking up solutions on Stack Overflow, GitHub, or generally looking at Google.

DevSkiller is unique among skills tests in that it recreates the business environment as accurately as possible. But being able to access any resource available means that we need to add extra protection to make sure each candidate has the same shot of completing our tests. So how does DevSkiller maintain the integrity of its tests, while giving developers the same resources that they’ll use when they start working for you?

We start out by making unique tasks. These tasks are created by subject matter experts and are designed to get a good sample of a developer’s abilities. To make sure that our tasks are equally challenging for everybody who takes them, we work night and day to keep our tasks off the internet. So how do we maintain the integrity of these tests?

First of all, we employ special social listening tools so we are notified if any of our tests are ever posted. The few times that this has happened it has not been malicious. It has simply been an excited developer who wants to share the coding task with the community. But we are still vigilant about making sure these tests are taken down immediately after they’re posted. If any task isn’t taken down or takes a long time to be removed, we simply remove it from our catalog. Even the best task isn’t worth keeping if it no longer has integrity.

Our code plagiarism checker makes sure every solution is unique

We also keep track of all of the solutions that have been given to DevSkiller’s tasks in the past. As people say, there’s more than one way to peel an orange and the complexity of DevSkiller’s tasks means that there are often an infinite number of ways to complete them. Our code plagiarism checker analyzes the solutions that are submitted and checks some against previous solutions. As you can see above, you are given a percentage of how similar the code is to previous solutions.

Should you be worried?

I’d like to stress that with theses safeguard in place, plagiarism is not a common problem on our system. As I said before, we haven’t gotten many reports of it actually happening. But as they say, the best defense is a good offense. Like any good scout, we’re always prepared. The purpose of these precautions is not to worry you so much as to prevent you from worrying.

Of course, the best way to ensure that the work on a test represents the work of the candidate is to challenge their answers in the interview. The candidate should be able to explain and justify the choices they made on their DevSkiller test.

To learn more about the security features that we’ve added to DevSkiller, we’ve done a webinar which explains our code plagiarism checker. You can view it below and certainly if you have any questions, get in touch with us over phone, email, or Intercom in the app. 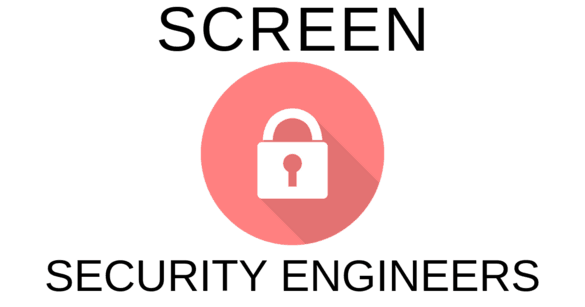