You can also find also have salary numbers for Android and Java among other languages. According to PayScale’s data, the average salary of American iOS developers stands at $82,472 per year. Indeed shows the highest average salary, which is $125,017 per year based on their data. According to ZipRecruiter, an average salary of iOS developer jobs stands at $110,951 per year, so in between the results coming from Indeed and Glassdoor. According to PayScale, a salary of an entry-level iOS developer stands at $77,557. According to Glassdoor, an average entry-level salary stands at $77,557.

Many companies don’t distinguish between junior and entry-level employees; that’s why the average junior iOS developer salary is only slightly higher than the one of an entry-level one. PayScale provides data only for entry-level, mid-career, experienced, and late-career iOS professionals. We may assume that a junior iOS salary is in between an entry-level shown above and a mid-career which stands at $100,051. According to Glassdoor, a junior (1-3 year of experience) iOS developer earns $94,964 per year. 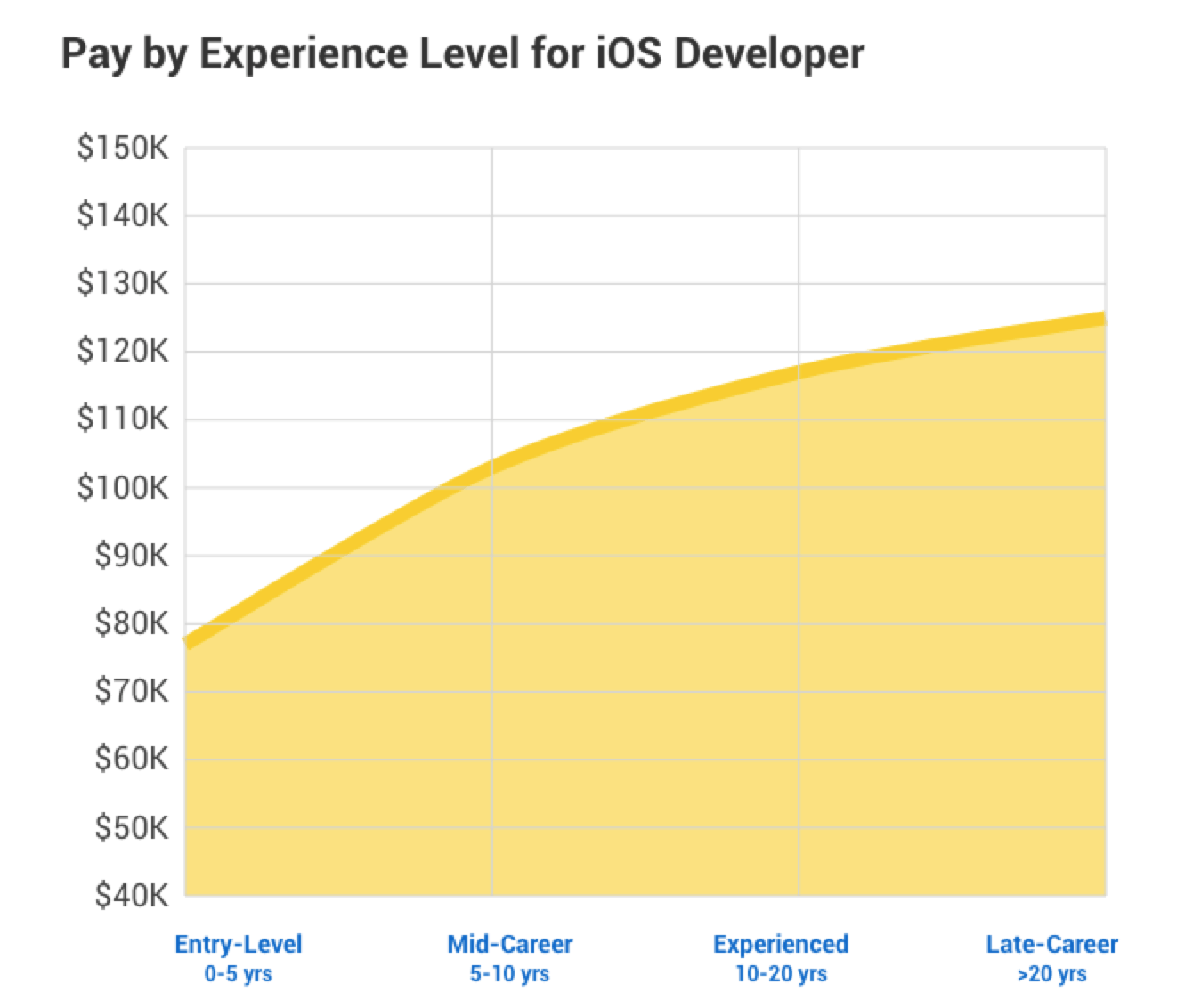